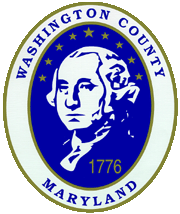 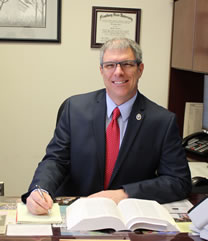 Kevin R. Tucker was sworn as Clerk of Court for Washington County on December 3, 2018. Prior to this appointment, Mr. Tucker served as a Deputy Clerk starting in 2007, was the Civil Supervisor from 2014 to 2017 and was named Chief Deputy Clerk in 2017.

Mr. Tucker has been a member of the Maryland Circuit Court Clerks’ Association and MAACM (Mid-Atlantic Association of Court Managers) since 2016.  He is currently active with several workgroups that focus on the effective and efficient use of Odyssey, the new electronic case management system being implemented throughout the State.

During his tenure with the Circuit Court, Mr. Tucker has taken numerous classes through the Judicial College of Maryland and has participated in various MDEC development meetings.  He is currently scheduled to graduate from the Institute for Court Management, a certification program developed by the National Center for State Courts (NCSC), in the fall of 2018.

Mr. Tucker’s goal for his office is to provide to the citizens of Washington County, a well-trained and courteous staff that will provide fair and equitable access to justice.

Mr. Tucker is a native of Washington County and resides in Big Pool.  He graduated from Clear Spring High School, as well as Hagerstown Junior College earning an Associates’ Degree in Mechanical Engineering and Frostburg State University earning both a Bachelors’ and Masters’ Degree in Business Administration.