There is a Circuit Court and Clerk's Office in each of Maryland’s 23 counties and the city of Baltimore. Circuit Courts are grouped in 8 judicial circuits.

More information for each Maryland court can be found by hovering over and clicking on each county on the map below or using the links in the left menu column. 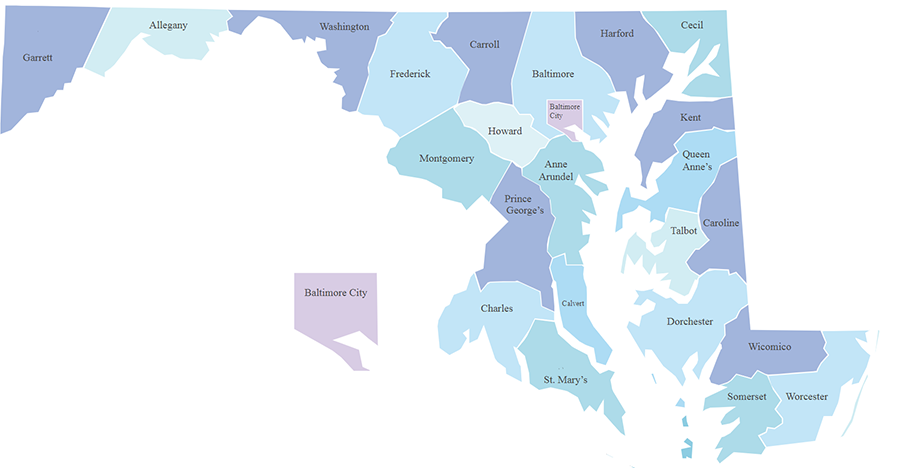