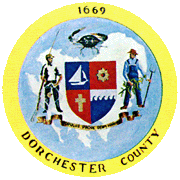 Warning: Scam Alert! There are people posing to work for the court, demanding money for missed jury duty. Please get as much information as you can and report it to the Dorchester County Sheriff’s Department: 410-228-4141.

In order to protect your and other’s safety, please always bring a mask with you and keep socially distant when possible. Mask mandates change frequently. Upon entrance, security will instruct you on current mask protocols in accordance with the latest COVID-19 Administrative Orders. You will be screened by security at entrance. Those who are ill or not in compliance will not be admitted into the courthouse. Please do not arrive more than 20 minutes prior to your scheduled time to allow for adequate spacing.

If you would like to request a video hearing for your case, please file your request with the court as soon as possible to make that request (but no later than 5 business days in advance of your hearing) containing your hearing information, your email address and your telephone number (Motion for Remote Proceeding or to Appear Remotely Form). If you have questions, please contact the following: Family or Juvenile case - 410-228-1395; Truancy case - 410-548-7107; or Criminal, Civil, Guardianship or other case type - 410-228-6300. We will try to accommodate all requests if permissible and feasible. Please refer to the Guidelines for instructions on your remote hearing well in advance. Your request for a remote hearing implies consent with the Guidelines.

The records maintained by the Office of the Clerk of Court are available to the public for review. However, access to some records may be restricted. For more information, see Court Records. Court records can be searched on the Maryland Judiciary Web site.

The following is a partial list of documents recorded with the Clerk for permanent retention:

PLATS.NET (Maryland Archives Plat Imaging Application - access can be granted with the username: plato and the password: plato#)

Please be advised that the Office of the Clerk of the Circuit Court is prohibited by law from rendering legal advice and from performing title searches.