Welcome to the Court of Appeals

The Court of Special Appeals is posting a similar announcement on its webpage. 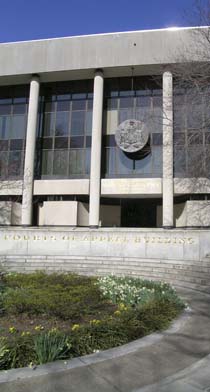 The Court of Appeals is the highest court in the State (commonly called the Supreme Court in other states and at the federal level). It hears cases almost exclusively by way of certiorari, a process which gives the court discretion to decide which cases to hear. However, the Court of Appeals is mandated by law to hear cases involving legislative redistricting, removal of certain officers, and certifications of questions of law.

The Chief Judge, Matthew J. Fader, sits on the Court along with six other judges. All seven judges hear oral arguments on each case unless a judge removes him/herself from a case; in this event, a judge from another court, or a retired appellate judge, may be specially assigned to sit in the place of the recused judge.

E-filing in the Court of Appeals