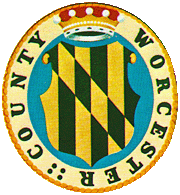 Susan R. Braniecki was sworn in as the 26th Clerk of the Circuit Court for Worcester County, Maryland on December 1, 2014. 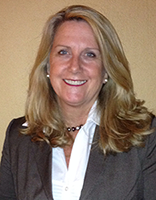 She has an extensive list of accomplishments.  Ms. Braniecki has served as Vice President and President of the Maryland Circuit Court Clerks’ Association, past Chair of the Conference of Circuit Court Clerks, past member of the Maryland Judicial Council, current member of the Maryland Electronic Courts Executive Steering Committee and the Judicial Council’s Court Operations Committee.  Ms. Braniecki continues to serve on numerous other workgroups and sub-committees vital to the operations of the Clerk’s Office in conjunction with the Court of Appeals of Maryland and the State Court Administrator.

Her commitment of service to the Judiciary has earned her the respect of colleagues and other leaders in the Maryland courts.  Her priority will always be to the citizens and visitors of Worcester County.  Susan’s goal is to continue to serve the citizens of Worcester County in a professional and courteous manner so that the records of the clerk’s office are available and accessible for future generations.